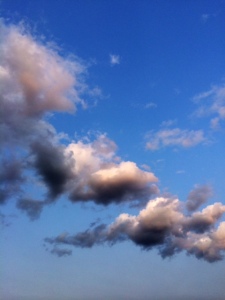 1. An article about the shortcomings of academic writing.

“Most academic writing, in contrast, is a blend of two styles. The first is practical style, in which the writer’s goal is to satisfy a reader’s need for a particular kind of information, and the form of the communication falls into a fixed template, such as the five-paragraph student essay or the standardized structure of a scientific article. The second is a style that Thomas and Turner call self-conscious, relativistic, ironic, or postmodern, in which “the writer’s chief, if unstated, concern is to escape being convicted of philosophical naïveté about his own enterprise.”

In writing badly, we are wasting each other’s time, sowing confusion and error, and turning our profession into a laughingstock.”

2. An article about the origins of polyphonic music (which may be earlier than had been believed).

“What’s interesting here is that we are looking at the birth of polyphonic music and we are not seeing what we expected. Typically, polyphonic music is seen as having developed from a set of fixed rules and almost mechanical practice. This changes how we understand that development precisely because whoever wrote it was breaking those rules. It shows that music at this time was in a state of flux and development. The conventions were less rules to be followed than a starting point from which one might explore new compositional paths.”

3. An article on gong-making in Thailand.

“Gongs are everyday alarm clocks for the monks.”