1. An article about how music can enhance the taste of wine and food.

“We have found that people can experience 15% more pleasure if music matches the wine,” he said. “It is an exciting area: how soundscapes come together with taste to make the whole experience more enjoyable…It’s a kind of digital seasoning.”

2. An article about the connection between one’s age and taste in music.

“As we grow older, our taste in music diverges sharply from the mainstream up to age 25, and a bit less sharply after that. We’re starting to listen to ‘our’ music, not ‘the’ music. Music taste reaches maturity at age 35. Around age 42, music taste briefly curves back to the popular charts — a musical midlife crisis and attempt to harken back to our youth, perhaps?”

3. An engaging book review of a memoir by Philip Glass.

“Readers don’t have to like Glass’s music to find pleasure in this warm, unaffected, and deeply human book, but they may come away with an improved understanding of and a greater appreciation for both the music and its composer.” 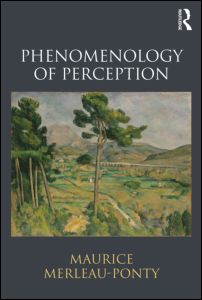 In his treatise on phenomenology, Phenomenology of Perception, the French philosopher Maurice Merleau-Ponty writes compellingly on the role of our bodies in our experience of the world. Merleau-Ponty touches on musical experience here and there, so of course I blazed through the book in search of those heres and theres to see what he had to say. One striking passage concerns the example of an organist who is faced with a new organ but little time to prepare for a performance on it. Merleau-Ponty brings us through what a musician might do in this situation.

First, he gets to know the new organ, “he sizes up the instrument with his body, he incorporates its directions and dimensions, and he settles into the organ as one settles into a house” (146). Next is the problem of what exactly is rehearsed on the unfamiliar instrument. The answer is a series of gestures or physical moves that serve as explorations. The organist’s “rehearsal gestures…put forth affective vectors, they discover emotional sources, and they create an expressive space” (147). The organist’s gestures in turn reveal his habits of performance which may or may not fit the new instrument. The problem, says Merleau-Ponty, “is to determine how the musical signification of the gesture can be condensed into a certain locality to the extent that…the organist reaches for precisely the stops and the pedals that will actualize it” (147). In other words, will this new instrument actualize what the musician hopes to achieve through his gestures? Finally, the musician’s goal is to gain a connection with the new instrument and start playing. But where does music reside in all of this? In several places at once—in the score, in the organ sound, and in the relationship or what Merleau-Ponty calls the “passage” between the organist and the organ: “Between the musical essence of the piece such as it is indicated in the score and the music that actually resonates around the organ, such a direct relationship is established that the body of the organist and the instrument are nothing other than the place of passage of this relation” (147).

Later in the book, Merleau-Ponty clarifies what it means to make and listen to a musical sound. He distinguishes between three modalities of sound listening which he calls objective sound, atmospheric sound, and an unnamed “last stage” sound. Considering that Merleau-Ponty was not a musician himself, it’s quite a feat of imagining the different ways in which musicians hear music from inside the musical experience. These three sound modalities move us from listening to sound emanating from the instrument, to listening to how the sound vibrates within us so that we feel as we have become the instrument, and finally, to listening in such a way that it feels as if our sound-making has altered our entire selves. Merleau-Ponty: “there is an objective sound that resonates outside of me in the musical instrument, an atmospheric sound that is between the object and my body, a sound that vibrates in me ‘as if I had become the flute or the clock,’ and finally a last stage where the sonorous element disappears and becomes a highly precise experience of a modification of my entire body” (236).

Here is a recording of Merleau-Ponty discussing our perception of “sensible objects.” Though he doesn’t discuss music here, he does touch on painting, and more intriguingly, honey. “The unity of a thing is not behind each of its qualities” he says, “it is reaffirmed by each of them, each of them is the whole thing.”

And finally, here is an outstanding piece of organ music by Olivier Messiaen:

1. An article about a concert hall simulator that provides musicians with the experience of a virtual audience.

“Practising is a very private thing. You don’t want anyone else to hear. But [with] the performance … you want to have the feeling of giving to the audience, and then [have] something coming back.”

2. An article about Roger Linn’s Linnstrument, a velocity-sensitive controller.

“Linn is convinced this is how music will be defined in the 21st century: MPCs, software, and grids. ‘If I want a violin sound, I don’t want to hold a piece of wood between my chin and my neck. I want to have keys that are ergonomically spaced for human hands, not a neck that’s so small I can’t possibly play it in tune unless I study for five years.'”

“For proof of the MIDI’s woeful sonic performance, look no further than the demise of the musical solo. Resuming his lecture, Linn presents a persuasive theory. ‘Is there any famous virtuoso player of electronic instruments you can name? The closest thing we have are EDM DJs, who don’t actually play any notes. The concept of an instrumental solo has virtually disappeared from today’s electronically generated pop music. I’d argue this is due to the lack of any compelling instrumental performance.'”

The other evening I felt like listening to some “zone out” music on my way home from work, so I put on Harold Budd’s Perhaps, a collection of piano music.

As I walked the last few blocks from the subway I took measure of the great space in Budd’s improvisations–in the spaces he leaves between his chord clusters and melodies that hang like tree branches. In addition to his attractive note choices, what stands out in Budd’s playing are those spaces just after the melo-harmonic resonances are fading away. Taking measure of these spaces in the music, I tried counting the number of steps I was taking between each chord and was surprised to find that the average was between eight and twelve steps. That’s a lot of space!

While I have enjoyed Budd’s music since I first encountered it a few years ago, I never realized that maybe part of how it works is through what could be called its generosity of space-providing. As you listen, the music offers you ample room to think about what you just heard, count your steps if you’re so inclined, or make other non-musical associations. Most music we listen to isn’t like this. Most music is about fullness and density–richly layered, textured, orchestrated, and fit together like a jigsaw puzzle. But such music doesn’t invite us into the listening encounter the way Budd’s space-providing piano playing does.

1. An article by Hua Hsu in The New Yorker about global music influences in electronic music.

“Future Brown’s stylistic promiscuity aspires to a future built on eclecticism and color rather than on hierarchy and canon, velocity and rhythm rather than sing-along harmonies and riffs.”

“When I was studying I thought there were some very interesting ideas happening in the academic world but it was like they had switched their ears off. It was an ideas-led thing, the working-out of a theory, and the score was like the manifesto of the theory. But it wasn’t about sound. The studio is all about sound and not theory.”

“Everything is everywhere and culture is no longer A then B then C; it is just a fuzzy cloud where everything points in different directions. It’s very difficult to find solid ground to stand on.”

3. An article by Ethan Hein on sampling and ownership in music.

“In a world saturated with recordings, creating more music ex nihilo is not the valuable service to humanity that it once was. I make sample-based music because I feel like it’s more worthwhile to identify existing sounds that have been overlooked, to bring them to fresh ears, and to give them fresh meaning in new contexts.”

A friend of mine recently passed along my Singing Bowl Music II to a friend of his, Charlotte, who is a yoga teacher. A few weeks later, Charlotte got in touch with me via email to say how much she and her students had been enjoying their practice with my music as background sound that “creates a contemplative, calm atmosphere.” The students were curious to know how I created the recording. They assumed that I had used a number of different bowls, each one of a different pitch, and even wondered if I had a YouTube video showing me making the music? For a second, I considered telling Charlotte that, yep, I had performed every tone myself by playing a vast collection of custom-tuned instruments ranging from four inches across to four feet around. It would have made for an impressive performance story, but the truth is that’s not how I made the music.

I explained to Charlotte how I recorded two tones from a single Nepalese singing bowl: the first, a long tone using a wooden dowel pulled around the bowl’s edge, and the second, a struck tone using a rubber mallet on the bowl’s side. These sounds I then put into Ableton Live software. From here I fashioned several Sampler instruments I could play using my keyboard (my controller of choice because my fingers know its terrain well), one for the long tone (Singing Bowl Music), one for the struck tone (Singing Bowl Music II), and two others to make the soft background “pad” chord sounds. In other words, all of the sounds were derived from one singing bowl. Then I explained how the pieces were built upon two improvisations: first, a chord sequence, and then a melody to go along with it. Other parts were derived from these initial performances. I also mentioned that the improvisations weren’t edited: I kept what I played or else ditched it and started anew.

After I wrote back to Charlotte I worried that I had taken the mystery out of the music. Does talking about music ever really help its case? Does music depend on our explanations of it? I was also revealing that though they were derived from performances, these singing bowl recordings are constructed and computerized things, sampled sound arrangements once removed from their acoustic source—even if they aren’t heard like that. But Charlotte’s question got me thinking and that’s why I decided to share the story of how I made the music. Explaining my process to an already engaged listener didn’t lessen the credibility of the sounds, and besides, the truth is that I could not have made these recordings any other way.

You can listen to the music here and here.