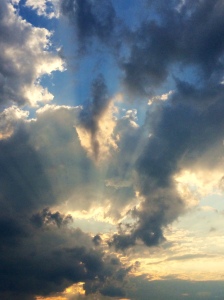 • An article about the challenges of creating a human-sounding computer voice.

“Most software designers acknowledge that they are still faced with crossing the “uncanny valley,” in which voices that are almost human-sounding are actually disturbing or jarring. The phrase was coined by the Japanese roboticist Masahiro Mori in 1970. He observed that as graphical animations became more humanlike, there was a point at which they would become creepy and weird before improving to become indistinguishable from videos of humans.”

• An article about computer creativity. 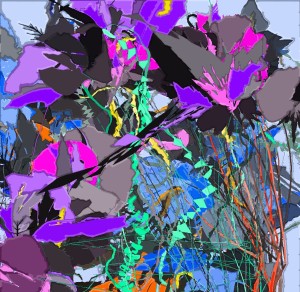 “The unresolved questions about machine art are, first, what its potential is and, second, whether—irrespective of the quality of the work produced—it can truly be described as ‘creative’ or ‘imaginative.’ These are problems, profound and fascinating, that take us deep into the mysteries of human art-making.”

• A video interview with artist Beezy Bailey about his project with Brian Eno, The Sound Of Creation.

“Kandinsky was the whole pioneer on this concept of hearing colors…There is certainly the philosophy of that involved in our process.”