J. and I were talking
about musical technique of a sort,
maybe something more.

We were talking
about the feel of another drummer’s time,
about how in tiny ways
it sounded wonky.

He plays louder instead of stronger I say
making gestures like clouds.

J. reaches for a conclusion already formed.
His playing doesn’t have soul he says
waiting for my response.

(Where does one get soul?)

It doesn’t drag or rush though
I split the difference.

But the feel isn’t there, J. rebounds. 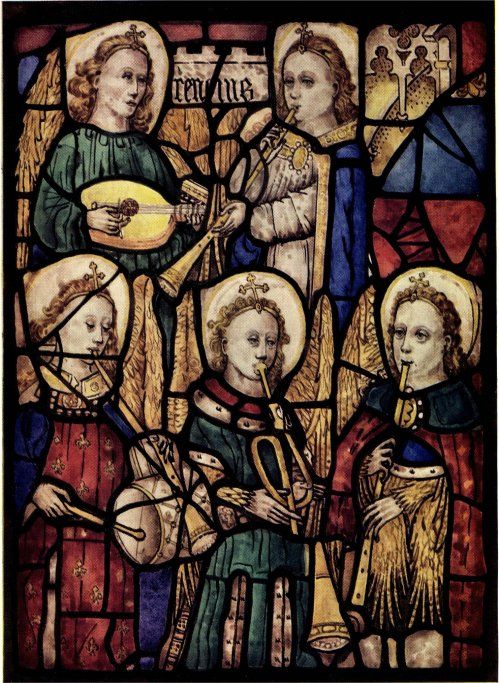 The next time you’re at a concert
notice the melodists up front
–those singing, strumming,
bowing or blowing through pipes–
and watch them sway with the tune
as if they invented its themes
as if they’re unlocking its emotions

then notice the rhythmicists at the back
–those drumming hammer blows
or mallet strikes–
and feel how they subdivide music’s time,
decorating it through accents
counting custodians of synchrony
who guide the melodists
on their flights of fancy.

so I push a button
to capture the sound I want
like a desire on loop mode
a beat possessed
taken not owned
reproduced not lived.

• An article by John Colpitts about drumming instruction books.

“The student musician’s lot is a lonely one. Often these books are your only companions, outside of occasional meetings with an instructor. You hunger for some kind of contact, some wisdom beyond the mind-numbing exercises. Sometimes it feels as if you’re only engaging with the slog of the process instead of the transcendence that comes with deeper practice. These books are the key to understanding music as something beyond performance; at their best, they activate the empathy essential to collaborating with an ensemble. We’re all kind of insane to do this work. The justifications in method books, whether they’re awkwardly or fluently phrased, illuminate the practice and its practitioners—they point beyond the bandstand, maybe into the tangle of stories musicians tell ourselves daily to stay the course.”

• The workflow of Geoff Dyer (who has written most excellently about music).

“I do a bit of work, the amount that a mum with a full-time job and two kids could have managed by 10 in the morning. Failing that, I contemplate the most remarkable thing about getting older: the sheer acceleration of time. Sometimes I just sit for an hour, feeling time almost as a physical force. Even sitting motionless at my desk I can feel it blowing back my hair as though I’m in an open-top car, careering towards oblivion.”

• An in-depth interview with cellist-composer Anna Thorvaldsdottir about her creative process.

“Thorvaldsdottir’s creative process involves a lot of pre-compositional work that is about visualizing—both through fashioning visual representations of sound through graphs and other imagery, and through ‘inward listening and finding themes, materials, and textures’ in her mind, as she put it in our interview. The drawings are manifestations of this inner sound world. The sound comes first, and she added, ‘these pictures are entirely the way I hear the piece. The pictures are working tools, and that starts to feed you.'”

to hack thinking
input the numbers
quantify the self
put it on the line
believing that performing
is running like a machine.

• An article about the effects of the MP3 compression format on music’s perceived emotional characteristics.

“The results showed that MP3 compression strengthened neutral and negative emotional characteristics (things like Shy, Scary, Sad) and weakened positive emotional ones (like Happy, Romantic, Calm). Interestingly, the characteristic Anger was relatively unaffected. The study suggested that the background ‘growl’ added by MP3 compression was the source behind the negative trend.”

• An article by an academic about the subtle meanings of critical feedback.

“Feedback is a psychological honeytrap. When giving feedback, you can never tell how the recipient will interpret what you have said, and what they will read into it. And, let’s be honest guys, what we read into feedback often says more about us than about the feedback.”

• An article about using AI to invent new sounds.

because the alien’s sense
is deaf to your sounds
but attuned
to their language
of impossible signs.

“Why does it have to take off in a conventional sense? Enjoy the layers instead.”
(worst coast)

“I don’t understand why people are complaining that this isn’t ‘going anywhere.’ Girl, it does not have to go anywhere! You hear that raw emotion in her voice? Yes queen!” (Becca Britton)

Haim is a pop-rock band from Los Angeles composed of three multi-instrumentalist sisters, Danielle, Alana, and Este Haim. Their recent “Right Now” is an interesting sonic study in how to make more from less, which on this song is a drum machine pulse, a few well placed chords, and some deconstructed drumming.

The song opens with a quiet drum machine rhythm with kick on beats 1 and 3, open-closed hi hats aflutter, and an organ melody descending over three pitches, F-E-D. The first surprise is hearing Danielle’s lead vocals and bassist Este’s back up responses (“right now, right now”) tumbling in and over the steady kick-hi hat pulse which draws your ear to the contrast between machine rigidity and the emotional swaying of the singing whose forward-moving phrasing brings intensity to the lyrics (“You left me searching for a reason / Why’d you leave, left me in the dust”). The song progresses as the organ melody is replaced by piano chords cycling through a progression, F major, a minor, and G major, which is soon joined by electric guitar and bass parts–first feedbacking sounds, then melodic lines that mirror the song’s Fmaj-Amin-GMaj cycle to add grit and depth. Then, just when you might think that the song might not be “going” anywhere, the band moves to a bridge with chromatic inflections that feels like an exhalation of gospel air.

The song’s second surprise comes near its end when Alana and Este move to a set of tom-toms. As the drum machine kick-hi hat pulse and the piano cycle around, we watch and hear real drumming added to the mix–first a floor tom rhythm, then a figure on the high toms. What is interesting in a more from less sort of way is how Alana and Este get four rhythm parts out of two sets of hands by playing what is essentially a deconstructed drum set (sans kick or snare drums). Each drummer strikes both the drum heads and the drum rims, which creates a double call-response between their left and right hands answering one another while dovetailing with the other set of hands. The parts are elegantly designed and the drumming meshes with the song in a double-time way that brings both complexity and space and lets us, as one YouTube viewer puts it, “enjoy the layers.” By weaving repetition and micro-variation tightly together, Haim’s “Right Now” keeps itself tensile, moving pop music’s patterns around like pieces of a puzzle.

If I were a fictionalist, I would write in the analytical-introspective manner of Italo Calvino (1923-1985). In Calvino’s novel Mr. Palomar, we follow one man’s attempts to increase his inner awareness by increasing his consciousness of his surroundings. Mr. Palomar is a practicing phenomenologist who tries to understand the world through all of its perceived details and in each brief, self-contained chapter we read Mr. Palomar’s meditations on various topics. My favorite part of the novel is “Reading A Wave” (a sub-section of the chapter “Mr. Palomar On the Beach”) in which Calvino unpacks Mr. Palomar’s experience trying to describe the difficult to describe experience of watching a single ocean wave.

Mr. Palomar could charitably be described as a nervous control freak, and one of his strategies for dealing with the noise of the world is to reduce it by framing it in particular ways. In Mr. Palomar’s “desire to avoid vague sensations, he establishes for his every action a limited and precise object”, hoping that “the key to mastering the world’s complexity [is] by reducing it to its simplest mechanism.” But framing a single ocean wave is a difficult perceptual task that involves “separating it from the wave immediately following, which seems to push it and at times overtakes it and sweeps it away.” A wave is never in isolation and you can’t look at one wave “without bearing in mind the complex features that concur in shaping it and the other, equally complex ones that the wave itself generates.” Even so, Mr. Palomar believes he can somehow focus on the essence of a single wave at one point in time—to “simply see a wave–that is, to perceive all its simultaneous components without overlooking any of them.”

Finding it difficult to isolate a single wave, Mr. Palomar “now tries to limit his field of observation” by imagining a larger, 10 by 10 meter square for analysis. Within this frame “he can carry out an inventory of all the wave movements that are repeated with varying frequency within a given time interval.” But this too is exhausting  work, because a lot happens within any arbitrarily chosen section of the ocean. By the end of the story Calvino reveals that the idealistic goal of Mr. Palomar’s observation exercise is to hack his own faculties of noticing: “Is this perhaps the real pursuit that Mr. Palomar is about to achieve? To make the waves run in the opposite direction, to overturn time, to perceive the true substance of the world beyond sensory and mental habits?”

As I read “Reading A Wave” it struck me as an excellent model for thinking through the difficulty of describing and writing about musical experience. The problem, simply put, is that music never stays still. It’s nothing but ceaseless movement. Even a “static” drone is continuous vibration over time. Like the breaking ocean waves, music ebbs and flows over durations. Another problem with music is that so much happens at once. It’s often composed of simultaneities. Even a simple song with voice and accompaniment contains several lines to pay attention to. And what about a fugue? Or polyrhythmic drumming? Maybe writing about music is like dancing about architecture!

What I take from “Mr. Palomar” is the intensity of his attempts to describe a single wave. Even if his enterprise is somewhat futile, I like that Palomar goes all in trying to pay attention to as many details as he can notice. I like too that he has established a “limited and precise object”—even if his choice of object is perhaps too fluid to submit to anything longer than a momentary descriptive capturing. Whatever the anxious origins of his motivations for perceptual precision, Mr. Palomar is doing the Difficult Critical Work of framing the world around him so to slow it down just long enough so he can take some of it in.

You can read “Mr. Palomar” here.
Join 675 other followers
Follow brettworks on WordPress.com