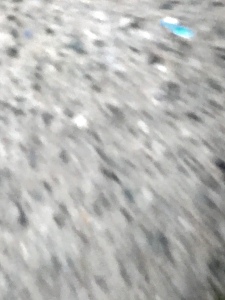 I (fill in the blank)’d for one month, here’s what happened

Everything you need to know about (fill in the blank)

The ultimate (fill in the blank) workout

Ten tips for (fill in the blank)

How doing (fill in the blank) changed my life

The easiest way to (fill in the blank)

How (fill in the blank) is made

A day in the life of (fill in the blank)

Quick Tip: How to (fill in the blank)

We tried the (fill in the blank)

“With its vaudevillian connotations of entertainment, juggling, and showmanship, few participants relish the idea of a drum solo outside of some framing musical context, either in concert or for demonstration purposes. As expert practitioners, however, we are frequently called upon to supply just that at drum festivals and workshops.”

For people outside of the drumming community, the drum solo might seem a peculiar thing. It’s the moment when, to paraphrase James Brown, the drummer gets some and earns the spotlight for a few moments or a bunch of long minutes. Peculiar as they may be, drum solos are a significant musical practice because in music, the drummer has been diligently working—most of the time half-anonymously—as a human clock. While there are musical cultures around the world (especially in West Africa, India, and Indonesia) where drummers play pivotal, and sometimes soloistic roles, drummers in western musics are usually supporting figures. Whether it’s the percussionist at the back of the orchestra, or the drum set player keeping time for the rock band or jazz trio, drumming and percussing isn’t the star attraction—we go to see and hear the famous singer, not the famous drummer. (Unless it was Buddy Rich.) Most people pay close attention to drummers only when (a) they’re particularly virtuosic or (b) they’re particularly bad and can’t keep time. Ironically, it’s often in electronic dance music that we hear minimalist and computer-generated virtual drumming foregrounded. Without its perfect and relentless four-on-the-floor beats, electronic dance music wouldn’t be able to move people like it does. In some of this music, the programmed “drummer” is, in a sense, soloing the whole time.

Over the past hundred or so years of jazz history, drum soloing evolved as an art form through the innovations of the drumming greats. If you watch any of the swing maestros take a solo, you can see and hear an interface between the traditions of European military rudimental drumming and African- and African-American-derived aesthetic sensibilities. One of the most famous rudimental drum solos (which were once called military drum “beatings”) dates to the mid-seventeenth century and is called “Three Camps.” The solo consists of double-stroke rolls chained together with accents to form a melody in rhythm. The accented rolls of “Three Camps” and many other rudimental solos swing almost in the jazz sense, albeit well before the development of jazz.

As jazz evolved out of the idioms of ragtime, blues, and European marching band music, its drumming essentially compressed the duties of at minimum three parade drummers—one playing bass drum, another playing snare, and another cymbals—into a single drum set player. (Here, the invention of the bass drum and the hi hat cymbals foot pedals was key.) Baby Dodds (1898-1959) is considered one of the most important early jazz drummers and his drum solos are foundational. Dodds’ “Drum Improvisation” (1946) is an amazing sonic document of improvised rudimental drum soloing in a swing feel played over a steady bass drum pulse. I love this piece:

In the solos of Dodds and later drummers such as “Papa” Jo Jones, Philly Jo Jones, Kenny Clarke, Max Roach, Buddy Rich, Art Blakey, Elvin Jones, Tony Williams, Jack DeJohnette, Brian Blade, and numerous other greats, jazz drumming developed and refined its solo voice. Notice the single and double stroke rolls, the speed, the light touch, the grace and finesse, the control, the syncopations and funky rhythms, the virtuosic and polyphonic use of four limbs simultaneously, the alternating sense of play and seriousness, and above all the endless, seamless rhythmic invention. All of these features and qualities are on display in jazz drumming solos:

I was thinking about these great jazz drummers when I recently went down a rabbit hole of drum solos on YouTube. I’m not entirely sure how I got there—my search had begun with cornmeal stew cooking tutorials—but I must have accidentally acquiesced to an algorithmically-suggested drum solo video because soon enough the cooking videos became drumming ones.

As a percussionist with some distance from the drum set drumming scene, I was impressed and also a little confused by what I watched. On the one hand, I saw drummers playing rhythm things that I didn’t know were playable. I saw the fireworks of major technique or “chops” in action. I saw finesse and raw power. I saw traces of jazz mixed with rock’s vocabulary. And I saw unusual drum sets such as this beautiful sounding all-cymbal set played by the masterful Terry Bozzio:

I also saw drummers playing things whose reasons for being were unclear. Sometimes it was as if their drumming was unmoored from what Bill Bruford, in his recent excellent book about drumming creativity, calls a “framing musical context.”

Still, most drum solos share some characteristics and take the shape of a mini journey. They begin quietly and rhythmically free form. Drummers are almost always expected to maintain a steady groove for others, so it’s no surprise that given the chance to solo the first thing a drummer does is get off of the self-imposed Grid of time. Instead of playing beats, the drummers play short and long phrases, expressively strung together to make longer statements showing the musician’s control and virtuosity, and also his/her command of the syntax of jazz and rock rhythmics (and increasingly, the structures of non-western drumming traditions). Second, drummers display a huge dynamic range, playing whisper soft to raging loud. Third, drummers incorporate rhythmic “explosions” through massive dynamic, temporal, and timbral shifts from moment to moment. The point of that is to demonstrate both dexterity and also control over the pacing of their improvisation. Fourth, drummers often play extremely fast: all things being equal, being able to drum fast with a sense of relaxation indicates one bandwidth of mastery. Finally,  drummers alternate between free form playing and tantalizing bits of deep groove. When they do this it’s as if they’re toying with us—reminding us that they can do the standard drummer’s keep the beat thing, no problem. So back and forth we go, alternating between dramatic soloistic flourishes and easy-funky timekeeping. At some point, the solo winds down and ends either on an ecstatic high note or in a subtle return to its quiet beginnings.

A few videos suggested to me were ones by Vinnie Colauita and Steve Smith. Well versed in both rock and jazz, both drummers are virtuosic musicians with long histories and enduring careers—Colauita worked with Frank Zappa early on, and for me, Smith’s drumming is the key to the chorus of Journey’s “Don’t Stop Believin’.” Four videos of the drummers came my way, two from drum clinics in the 1980s, and two from more recently. The most noticeable difference between the old and a new videos, I think, is how the touch of each player has become ever more subtle. While I don’t know the specifics of what today’s cutting edge drummers are doing solo-wise, the work of Colauita and Smith has probably helped shape and sharpen that edge. As one YouTube viewer of Smith’s 2015 video puts it, “he is like a morph of a big band drummer with a rock n roll drummer, a classically trained orchestral drummer, and a cutting edge modern drum artist.” I agree. But let’s take a step back. Whether you’re talking about Baby Dodds, Max Roach, or Steve Smith, of the many interesting things about drum solos is how they remind us how little audio air is allocated to drummers and drumming in contemporary popular music. With so much of music’s rhythmics carried out by programmed machines and production processes, it’s now a treat to see and hear how a great drummer thinks. 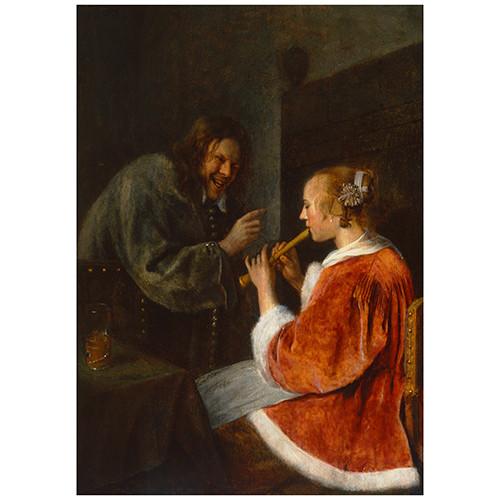