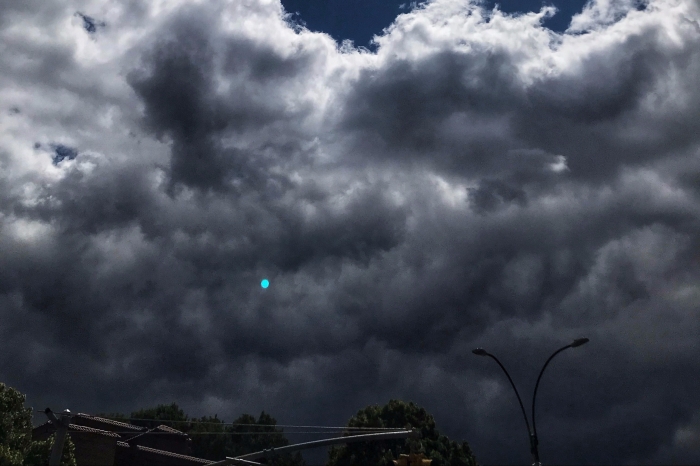 If creativity is an iterative feedback loop one applies on one’s own actions so that they flow back into themselves in an endless cascade, then the production technique of resampling is a perfect example of how this works. Resampling is the practice of re-recording what you already to have to make something new from it. The practice isn’t new—it goes back at least to dub remixing and hip hop DJing, in which producers isolated the good rhythm section bits and built new grooves upon them. In DAW software, the simplest way to resample is to solo a track from which you want to re-record, route it into the input of another track, then record. You can re-record anything that you already have in your arrangement—from a single drum hit or chord, to the fleeting ambiance of a reverb tail. Once you’ve re-recorded a part (or a part of a part) onto a new track you can begin playing with it all over again to re-shape its sound. Maybe you want to repeat\loop it, or change its pitch, or process it with a fandangled effect, or do all of these things together. Whatever you chose to do with it, the resampled sound can become a springboard for something entirely new. The truly adventurous might even resample their resample to see where that additional level of recording takes them.

Resampling is interesting in a few ways. First, it’s the most literal kind of recycling of one’s creative work. A fact to remember here is that since you’ve already spent weeks or months refining endless details of your piece, you have a wealth of material (which is interesting, or at least compelling to you) upon which to draw. Resampling is way of going through what you’ve already constructed with a keen ear for its so far overlooked potentials. A second interesting thing about resampling is that it excels at amplifying tiny things into bigger sounds. An example of this might be to re-record a few seconds of a reverb tail. That reverb is attached to a sound that triggered it—say, a chorus of voices. This means that traces of the voices are contained within the reverb’s tail, which in turn means that when you resample the reverb you’re also capturing traces of the voices. Now that you’ve the resampled reverb tail, you can drastically boost its volume, or maybe severely EQ it to hear things inside it you never heard in the voices themselves as their sound trailed off into the reverbed space.

This raises a third fact about resampling, which is that you never know what you’ll find. In my experience with the technique, I always hear new rhythmic things—in what I thought were were melodic things—as hidden pulses that come to the foreground, shocking me into new perceptions of the music. (Which reminds me of Gerhard Kubik’s  classic article on what he calls inherent rhythms in African instrumental music.) A final reason resampling is interesting is that it’s a technique equivalent of taking a hard left turn. Since you don’t know what you’ll find, since it enables you to amplify tiny sounds into bigger ones, and since it recycles what you already have into something new, resampling lifts the musical arrangement from its straight and narrow path. And while it’s comforting to work with material which is already yours to mangle, the most exciting part of resampling is traveling to a musical somewhere you never could have imagined.

3 thoughts on “Notes On Resampling”