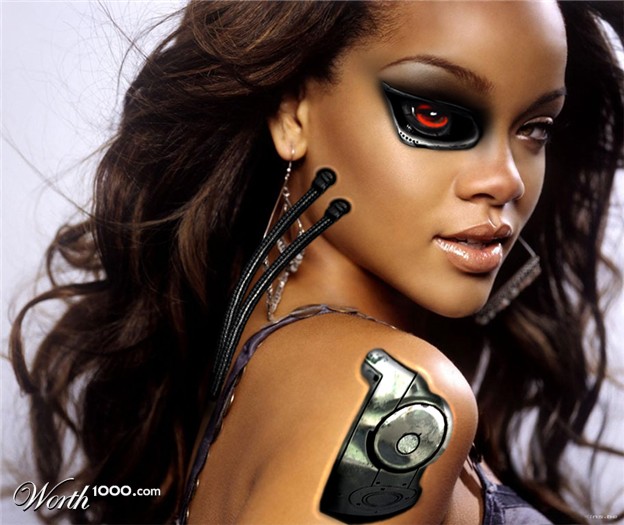 The notion of “desiring-production” and “desiring-machines” comes to us from the French philosophers Gilles Deleuze and Felix Guattari in their book Anti-Oedipus (1972).  For Deleuze and Guattari, desire is imagined as a kind of mechanical thing, a desiring-machine that acts as a circuit breaker in a larger matrix of machines it is connected to.  Not only do desiring-machines produce desire themselves, but they are also a part of a larger network. They are a like bots inhabiting the larger social machines we inhabit everyday:

Music, of course, is a desiring-machine par excellence.  The sounds and structures of music can produce desire in themselves–think about the system of Western tonal music in which certain intervals seem to want to resolve themselves to a tonic (or home) note to produce a sense of closure, of cadence.  Tonal desire is like that: it always wants to resolve itself.  Even the lyrics of countless popular songs are desiring-machines, making explicit the whole gamut of desire-related feelings that express longing, wanting, needing, and sensual dreaming.  From Elvis Presley’s shake, rattle and rolling on the Ed Sullivan show in 1956

desire is that omnipresent force which, within the apparatus of the popular music spectacle at least, reduces us all to pleasurable babble.

But this is all preamble.  What got me thinking about the idea of desiring-machines in music recently is an infectious (literally) electro-pop song by Barbadian singer Rihanna (featuring a brief cameo by the Canadian rapper Drake) called “What’s My Name”:

This is the kind of song that you play while you’re driving; actually, it’s the kind of song that rips you away from the quiet drone of NPR and beckons to be played very loudly.  Rihanna, that oddly empty, affectless blank slate of a singer is a perfect vehicle for this particular desiring-machine, as she babbles the hook about twenty times in the course of the song:

The pitches of the melody move from a falling fourth (“Oh na na”) to a falling semitone (“What’s my name”).  (Curiously, it’s the same notes of the bassline for Weather Report’s 1970s hit “Birdland” just reordered.  But anyways.)  After three repetitions of this hook, you’re snagged.  And then Rihanna drones on, in a skeletal melody:

The listener can project his or her own desires onto lyrics like these, imagining that body, imagining the contours of its wanting.

The lyrics and Rihanna’s emptiness and almost machine-like quality–she sounds like a singing mannequin someone programmed to sing the song–has the effect of furthering our curiosity.  Who is this woman and how can she produce desire like this?

Part of the way Rihanna becomes a desiring-machine (besides looking the part and articulating desire through lyrics that play the part) is by being a part of the larger sonic machine that are the sounds on “What’s My Name.”  The song was written and produced by Stargate, a Norwegian record producing and songwriting duo comprised of Mikkel Eriksen and Tor Hermansen.  You can read more about the duo here. 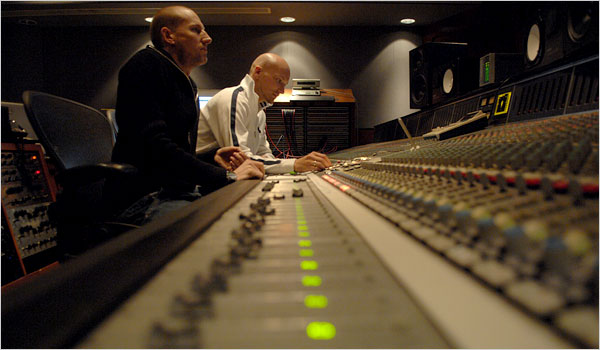 The Stargate sound is an electronic, synthetic R&B, with light, transparent textures (they like to use gentle harp-like sounds), well-crafted melodies, and crisp beats.  Most of their songs sound as if they were played on a MIDI keyboard and recorded straight into the computer.  In the Stargate sound universe, there is little real oxygen save for the air pushed by the singer’s overdubbed voice.

“What’s My Name” is a fairly typically austere Stargate production.  It consists of just a few sounds: kick, snares, hi hat, some tom-tom fills, a warped elastic-sounding harp sound, a gated, tempo-synced synth lead, and little else.  Significantly, there is no bass sound in the song.  This not only make the overall sonic texture more transparent–you feel as if you can “see” each sound more clearly–but it opens up a space for turning the kick drum into a substitute tunable bass (a practice that can be traced by to the 1980s when hip hop producers used the Roland TR-808 drum machine in a similar way).

Throughout “What’s My Name” you can clearly hear every instrumental part of the song interlocking to make the cycling-spiraling-looping desiring-machine groove tick.  Rihanna’s voice hooks us by highlighting the tightness of the groove, and we’re wired into the a cybernetic feedback loop of a steady-state wanting to hear more.

When Deleuze and Guattari speak of desiring-machines as “the nonhuman sex, the molecular machinic elements, their arrangements and their synthesis” (294) I think about “What’s Your Name”: Rihanna’s cyborg quality and the digitally-fabricated sounds and structures in which she sings.

“What’s My Name” works on us as good pop should: it keeps us desiring more from the sonic machine, but also content with our suspension in a an infectious, perpetual Now.  And that’s the thing about desiring-machines: they’re contagious and they infect us, making us feel for a time, perhaps even using us as hosts to pass themselves along to others . . .

2 thoughts on “On Musical Desiring-Machines”