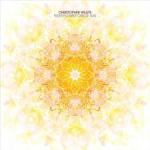 Over the years, a lot of electronic musicians have shrouded their work in a veil of mystery: they tell us very little about how they make their music–the tools the use, their working methods, and so forth.  We are reminded of vinyl DJs back in the day who would cover up the labels on their records so no one could see the sources of their tracks.  Non-DJ electronic musicians have a lot of equipment potentially at their disposal and so invest time and energy devising their own musical systems through which they channel their ideas.  It’s always interesting to hear what they have to say on this front because they help answer our questions: What software and MIDI controllers do you use?  What is your set-up for rendering your material in live performance?  These are the kinds of things that electronic musicians have to think about because being a one person band is never a natural or a simple thing to pull off. In essence, you’re trying to approximate a larger sound, using technology to multiply your musical capabilities and extend your senses.  And one’s musical system is never written in stone either. For instance, it’s not uncommon for musicians to rebuild their systems from scratch from time to time, just to see what happens.

Occasionally, musicians cut to the chase and share with us information about their musical systems, and it’s a thrill when they do.  Case in point: San Francisco-based ambient musician Christopher Willits collaborated with electronic music magazine and website XLR8R to produce a series of videos on his performance set up and techniques.  I saw Willits play live a few months ago and was impressed by the fluidity of his music making.  Sitting cross-legged on stage, he used an electronic guitar as a controller, while a laptop computer running Ableton Live software handled the sound processing.

In a series of videos posted on YouTube, Willits walks the viewer through this musical set up and explains how he uses it.  The set up includes not just his guitar, but also software programmed with Max For Live (a version of Cycling ’74’s Max/MSP that is integrated into Ableton Live) and a MIDI controller called the Block.  Willits walks the viewer through his software and hardware set up, paying particular attention to how he uses his Max For Live step sequencer.

As the music gets cranking about 9 minutes into one of the videos, you can hear some similarities to American minimalist music, especially the music of Steve Reich.  Of course, minimalist music was once known as “process” music (and indeed Reich himself once characterized his interest in music that was, literally, a process, or an unfolding in front of your ears where nothing is hidden).  The process in Willits’ music is a gradually unfolding series of permutations: Willits plays guitar notes into the step sequencer that records them, chews them up, multiplies them, and sets up a looping and ever-shifting melo-harmonic-rhythmic texture.

You can watch the video here.