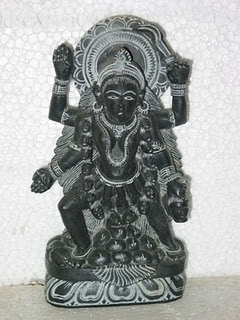 Last week I attended a Powerpoint talk at my local public library given by a young Indian musician and composer named Rushi Vakil who spoke about the rhythms of Bollywood films.  Surveying the history of Bollywood from the 1950s to today, Vakil traced the use of different traditional Indian rhythmic cycles known as taals as well as western music beat patterns that drive this multi-billion dollar and constantly evolving Hindustani-language film industry.

From Bollywood’s earliest days, its musical soundtracks were east-west hybrids that blended Indian instruments and musical structures with western ones.  In some old black and white film clips Vakil played in his presentation, you could hear the melismatic singing style of Indian Hindustani classical vocalists atop of American jazz rhythms.  You could also hear more complex traditional Indian taals such as Rupak taal, a 7 beat cycle (3+2+2), and Dadra taal, a 6 beat cycle (3+3) which somewhat resembles western waltz time.

Inspired by Vakil’s presentation, I did some YouTube digging of my own. Here’s a song called “Bolo Kaisa Haal” from a vintage Bollywood movie called Kalpana (1960)

In another song from 1961 called “In Aankhon Ki Masti” you can hear the Indian tabla drums, the stringed instruments sarangi and sitar, as well as a western string section:

In the 1970s, the underlying rhythmic feel of many Bollywood songs changed to disco

At the same time though, traditional folk rhythms such as the shuffling four-beat Punjabi dance music called bhangra can still be heard.  Below is an example of the bhangra rhythm in the song “Boliyaan” from the movie Aloo Chat (2009) (the bhangra beat begins at 0:36).  Notice that it’s the same rhythmic feel as that heard in the “Bolo Kaisa Haal” song above–the only real difference being the modern electronic sounds.  The shuffling bhangra beat is not only infectious and catchy, but it seems to almost define the Bollywood sound, the go-to beat whenever there’s a group dance scene.  Moreover, bhangra seems to be able to blend with just about anything which is perhaps why it appears over and over again in Bollywood songs, if only as a background rhythmic texture.

Vakil pointed out the source of an interesting distinction (in just his mind or in the minds of most Hindustani classical musicians I’m not sure) between what he called “sacred” traditional Indian rhythms and (mere) western “grooves.” For Vakil, western grooves such as a hip hop pattern in 4/4 meter are fixed beat sequences that loop around as endless rhythm.  In contrast, the Indian rhythmic cycles or taals always have contrasting sections built into them.  To illustrate this, Vakil discussed the Hindu concept of khali or “empty” beat.  (Vakil pointed out that in Hindu mythology, Kali is a goddess associated with eternal energy, time, and change.  Kali, as I would learn, derives from the Sanskrit root word “kal” which means time.  Is Kali related to khali?  I don’t know.)  In music, khali is the name given to the empty beat in the taal rhythmic cycle.  Taals are usually played on a percussion instrument such as the tabla by using various types of finger strokes to articulate the different beats of the rhythmic cycle; taals can also be clapped by anyone wishing to keep track of where they are in the cycle.  So, a sixteen beat taal such as teental is divided into four sections (vibhaag) of four beats each; the third grouping of four beats, beginning on beat ten, is the contrasting or “empty” kali section, giving the overall shape of the teental an AABA form.

Here’s a representation of how an Indian tabla drummer would play the basic teental rhythmic cycle, with the individual drum strokes (bols) written beneath the musical notation.  Notice how the drum strokes change slightly in that third grouping of four beats beginning on beat ten (the open and boomy “Dhin” stroke changing to a thinner sounding “Tin” stroke) to make that vibhaag sound more empty:

Admittedly it’s difficult to hear these kinds of subtle musical details in Bollywood songs because there’s often so many sounds already layered in there, and Vakil’s musicological discussion seemed to fly right over the heads of the All Ages general audience of about fifteen people who had come to hear his talk (a seven year-old was crawling over the chair next to me).  But Vakil nevertheless touched on an important theme of how tradition is always encountering modernity in music.  And of course, one of the wonderful things about rhythms–whether they’re of classical, folk, or modern heritage–is that they can be easily blended like spices or paint pigments to make new synthetic whole.

Speaking of synthetic, over the past few decades the Bollywood sound–as you might have already noticed from watching the YouTube clips above–has become increasingly digital, produced cheaply on Apple computers running Logic audio recording and MIDI sequencing software.  Vakil observed that Logic is the software of choice for Bollywood music producers in India today, no doubt partly due to the fact that Logic has–by coincidence or design, I’m not sure–thousands of looped instrumental sounds, including many Indian instruments and grooves.  (I also know that Logic is no longer copy protected, which means that one software owner can freely share the software with friends . . . )  Gone are the days when dozens of highly trained Indian musicians would gather in a recording studio to lay down a soundtrack live to the movie while a veteran playback singer like Lata Mangeshkar sang away in a vocal booth.  Now, a single composer-musician can build entire tracks on the computer, maybe overdubbing a live instrument or two for authentic acoustic flavor.

As Vakil reached the present day with video clips of Bollywood movies from the past few years, I couldn’t help noticing how radically the Bollywood soundscape had changed.  Sure, the bhangra rhythms are still there in the mix, but often there is also something very American pop- and hip hop-like in there too.  To my ear, the melismatic Indian melodies have been way toned down in favor of what sounds like a much more monotone, half sung, half spoken word sensibility.  Watching clips from recent films I thought about how Bollywood musicals map a history of a nation’s modernization since independence in 1947 through a continuous engagement with Western music.  I also thought about what Alan Lomax once referred to as “cultural grey-out”, a phrase used to describe an indigenous society modernizing and losing its cultural distinctiveness in the process.  Lomax felt that western popular music in particular was a force that could make the world’s musics sound more and more the same.

In Bollywood we hear, over and over again, Western musical influences being a conduit for expressing desire, coolness and a modern sensibility–whatever that happens to be at the time the movie was made.  In Bollywood, the rhythms of western musical styles from jazz to disco to hip hop and electronic dance music become signifiers of a kind of cosmopolitanism and remind us that globalization is very real indeed.

For another take on the making of modern Bollywood soundtrack music, listen to this story on Karsh Kale on NPR.

4 thoughts on “On The Rhythms In Bollywood Films”