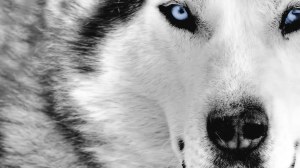 Creativity is a wolf that you’re chasing in a mountain forest in the middle of winter. You run after this stealth silent and fleet-footed animal that sprints ahead of you, flying over rocks and branches, leaping over iced streams, always vanishing just around the next bend in the trail. You’re patient in your pursuit, keeping him in your sights from a distance while maintaining an even pace you’ve learned from your training. The advantage you have over Creativity is that he occasionally gets lost (he never has a plan of action) and likes to stop once in a while to ponder, pursue scents, take in the sights. These are the moments when you make headway on him, closing in—but not too close to scare him away or provoke an attack—to spy the animal up close.

At one point he turns around and notices you as you both stand motionless, taking in one another from ten feet, your breaths turning to steam in the cold air. It’s scary. Creativity is elegantly wild: a strong build, smooth white fur, unafraid of frigid temperatures, effortlessly going for long stretches without food or water, and of course, he has those eyes. Those penetrating, blue-grey eyes that decipher your weaknesses in a second, while at the same time looking at you uncomprehendingly because clearly you’re of an alien species. Creativity can easily outrun you, but for the moment he stares you eye to eye in the alpine stillness and the fading light of a late afternoon sun. What are you to do? You’re in his environment now—way off the grid, feeling your feet, nose, and fingers freezing by the second, and your GPS watch has lost its signal. You can’t stay out here as long as Creativity can—he lives here, after all—but you can give chase for a while and maybe learn some things from him. Then Creativity speaks.

Let’s keep running he says in confident, perfectly unaccented English, and then disappears deeper into the forest pine.

As you chase after Creativity you think about what it felt like to look into his wolf eyes up close. You realize that Creativity doesn’t care about you. He only sized you up as a less efficient animal intruding upon his habitat, leaving much unspoken.

You’re welcome to follow me, but I won’t wait for you.

I may change direction at any time and I won’t help you if you fall.

On the upside, follow my footstep patterns and learn from my maneuvering.

Maybe later you can analyze why I moved as I moved.

And remember, unlike you I’m a wild animal: my appetites are my survival.

(Do you like wolf analogies? Here is a bird analogy.)

One thought on “Chasing Creativity”