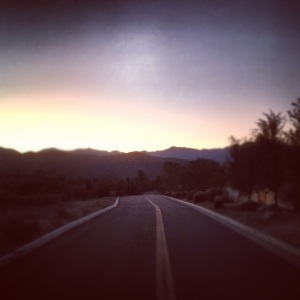 A few days ago a friend texts me an urgent musical request:

About ten years ago I first tried my hand at sequencing and recording music on a computer. Back then, my Apple desktop machine was a blue- and silver-colored beast running Logic software. I also had a large Yamaha digital piano/synthesizer as a controller and sound bank. I was ready to go. But I wasn’t quite sure how to go about making electronic music. I didn’t want to just loop things–I didn’t yet grasp how that could actually be interesting. Instead, I decided to improvise parts one at a time, layering stuff to hear what might happen. It was the first time I had tried such an all digital project.

One day, I happen upon a preset sound that sounds like a DX-7- ish keyboard bell timbre. There isn’t anything particularly attractive about this sound, but I’m struck how if I hold down a note long enough the patch makes the initial bell sound followed by a strange sort of continuous drone resonance that slowly increases in volume. It’s kind of spooky–in an engaging musical way that makes your ears perk up and listen, as if responding:”Oh, where is this sound going? Cool!” In my experience, it’s like that with sounds. A sound grabs you because it’s interesting, maybe somewhat indeterminate and ambiguous, evocative, and ultimately compelling. (Now that I think about it, if you believe that we project our values out onto the sounds we like, then I’ve just unwittingly offered you some of the adjectives I prize!) So I play with the bell sound for bit. After a few minutes I hit record and improvise some simple and consonant arpeggios–fourths and fifths, octaves, some thirds. I leave a lot of space between my notes. This space allows that spooky after-resonance to emerge. It also leaves room for the other parts that I will soon layer in.

The next part is the piano. The Yamaha controller has a wonderful piano sound and that combined with its weighted keys makes it a pleasure to play. After double checking the notes in the bell part, I hit record and play along with it on the piano, adding deep bass notes, some cluster chords, and again, pausing between phrases to create space around the notes. Since I’m working in MIDI, an errant note or two can be easily fixed later. The key is to improvise a take non-stop. This gives the part the best chance of being cohesive and having a sense of tension and directionality–like it’s moving towards something. After a few aborted takes, I play something all the way through that I’m happy with. I listen back to it once to make sure it’s okay.

Next, percussion parts. I load up a preset kit on the keyboard and limit myself to kick drum, hi hat, and snare drum-ish sounds–which sound more metallic that drum-like. The sounds are located between the notes C and E on the keyboard so they are easy to play together with my fingers as drum sticks. I play back the DX-7 and piano sounds and play along to them. It’s not a steady beat per se that I’m playing; more like percussive interjections, filling some of those deliberately left spaces with little shards of groove that don’t repeat much. As the music gets louder and softer I try to drum along at those dynamics–responding to the other two parts as if in dialogue with them. (Electronic music making = talking back to oneself!) After I’ve recorded the play-along percussion part, I copy its MIDI onto another track loaded with the same kit sound. I displace this kit by about a beat or so, turning it into an echo of the first part. I also pan each drum part to the far left and right, respectively, making a true stereo percussive field. It isn’t regular procedure to extreme pan drum tracks like this, but I like the sound and the clarity brought by the separation between the original and its copy.

The final layer is bass. I chose a simple sine tone bass. I like sine tone basses because they get the low-end job down without calling undo attention to themselves. With the bass sound I double some of the low piano notes, playing in unison with them, and where I can I add in little flourishes and lead-ins. After I have recorded a pass, I listen back while looking at the MIDI on the piano roll onscreen, finessing a note here or there up or down (if I missed a pitch) or left or right (if I was early or late doubling a piano note). But for the most part I leave it as is.

With that I’m done and bounce down to an MP3 file. I title the four-part piece “Roadscape.” I like how the music wanders yet still has a sense of something almost arriving–like the road just up ahead that keeps disappearing around the bend.