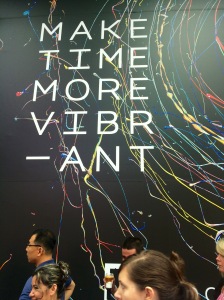 The other day I was texting a drummer friend of mine about the difference between touch and feel. We were talking about how touch refers to how a musician strikes an instrument and the kind of sound that striking elicits, while feel is one’s rhythmic sense of musical time.

My friend—a pretty marvelous drummer with a smooth touch and a great feel on the drum set—has an ongoing interest in what he calls “ease” as an aesthetic goal for musicians. What he means is that everything should look, sound, feel, and be easy. No rushing. Take your time. Give yourself space. Stay cool. As I understand it, his theory of ease is that easy playing tends to produce satisfying music.

Intrigued, I pointed out that to have a sense of musical touch is to have a sense of ease and control with one’s technique and grasp of music. And I suppose the same thing could be said about rhythmic feel. After our conversation it occurred to me that the word feel means to be aware of a person or thing through, all of things, touch. Even when we’re not feeling someone or something physically, we feel things like music’s effects emotionally when on some affective level we’re touched by them.

Then another thought blossomed: Can a musician have a great sense of touch, but a terrible rhythmic feel? Or a great rhythmic feel, but lousy touch? I couldn’t think of any examples. Touch and feel are qualities that seem to be tightly bound together.

On YouTube there is a video of the late jazz drummer Papa Jones (1911-1985). The video shows Jones playing a magnificent solo on the song “Caravan.” His touch is amazing, and so is his feel. As one comment describes the performance: “Effortless, transcendent.” Jones makes making music look and sound so easy.