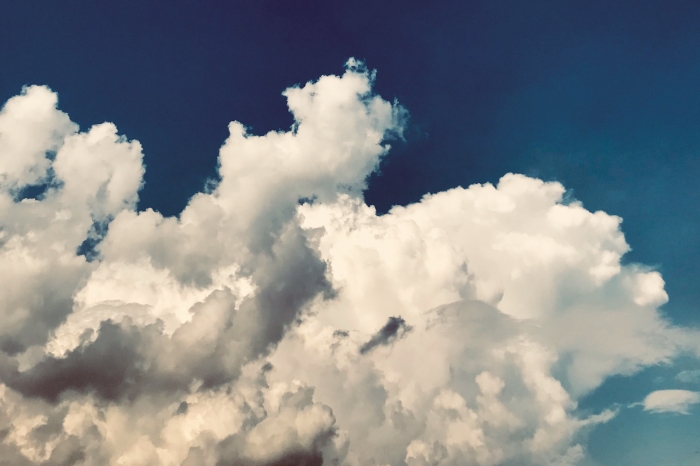 Most of the time when I’m producing music I approach it in terms of a through-composed journey through time—a getting from one place to another. The clearest example of such a journey is a free improvisation, say at the piano, which I do a lot. When I improvise I tend to move outwards from a center starting point, always building. Sometimes that means moving from a lower register to a higher one (or vice-versa), moving from soft to more loudly (or vice versa), or transforming a melody or sequence of chords into something more elaborate (or pared down). Whatever I do, I often chase after this sense of a journey in musical time and a journey over the space of the instrument’s terrain. When it comes to building pieces with more than a single sound, I still begin the process by trying to through-compose each part in its entirety because this gives me the best chance to capture a performance with energy. Once I have some performances recorded, I can begin refining and tweaking them into something sharper and more compelling and in that process gradually build the form of the piece.

As anyone who uses DAW (digital audio workstation) software knows, when you record a part (a beat, a chord sequence, a bass line) it appears on the screen as a colored sequence that unfolds like an unspooled horizontal ribbon, from left to right. A piece with ten parts is thus represented as a stack of ten colored ribbons, each of which contains the MIDI data (or audio) for an individual sound. One of the useful things about this left-to-right visual representation of your piece is that it provides an instant bird’s eye view of a performance, and, if you work in sections, these sections can be easily delineated and re-arranged. In short, recording into the computer turns your music into a fully modular experience whereby structure is perpetually fungible.

Recently (a few months ago) though, I realized that I hadn’t been exploring a vital hidden benefit of my through-composed parts arranged into horizontal ribbon sequences. The hidden benefit is being able to loop the music along any section of its horizontal unfolding–whether a fraction of a beat to twelve bars or somewhere in between. I resisted doing this because I’ve long approached my work with assumptions about repetition. I assumed that repeating a section would be less interesting than doing something new within it. I assumed that repetition would be more boring than change. And I assumed that relying on loops of any kind was tantamount to creative cheating. Yet my ears were telling me to think again. But Tom, this sounds cool!

So I decided, somewhat arbitrarily, that each piece would have a “breakdown” section at some point where I would exploit the repetition potential of a snippet of the music. To find suitable sections I tried looping a few bars here and there until something clicked. It’s obvious when a section loops well because it immediately manifests an energy you never noticed when it only went by once. Also, a great loop sounds inevitable. Once I found a loopable section I looped it and began muting individual parts within it, and then experimented with various combinations of muted and unmuted parts. This further revealed qualities that had been hidden just a few minutes ago. Suddenly there was space in the music. Suddenly it was grooving better. Suddenly I was curious to hear how the music would resolve itself—would it stay in this loop or morph into something else? Suddenly I was hearing what I had worked on for so many months from a fresh perspective. Yes, this does sound cool!

The takeaway from my loop experiments is that I learned that my through-composed material is simultaneously a finished statement in itself and also, if I let it, a starting point for further looping and manipulation. One of the reasons I have been a snob about repetition is that I’m weary of it being used—and weary of my using it—as a substitute for new ideas. Just because something is looped doesn’t necessarily make it interesting. This is why I perform parts, as much as I’m able, as complete statements that get me from one place to another. But now I have a lot of material to play with and loop to hear its hidden significances. Playing with repetition is teaching me that the music could become more than I now know.