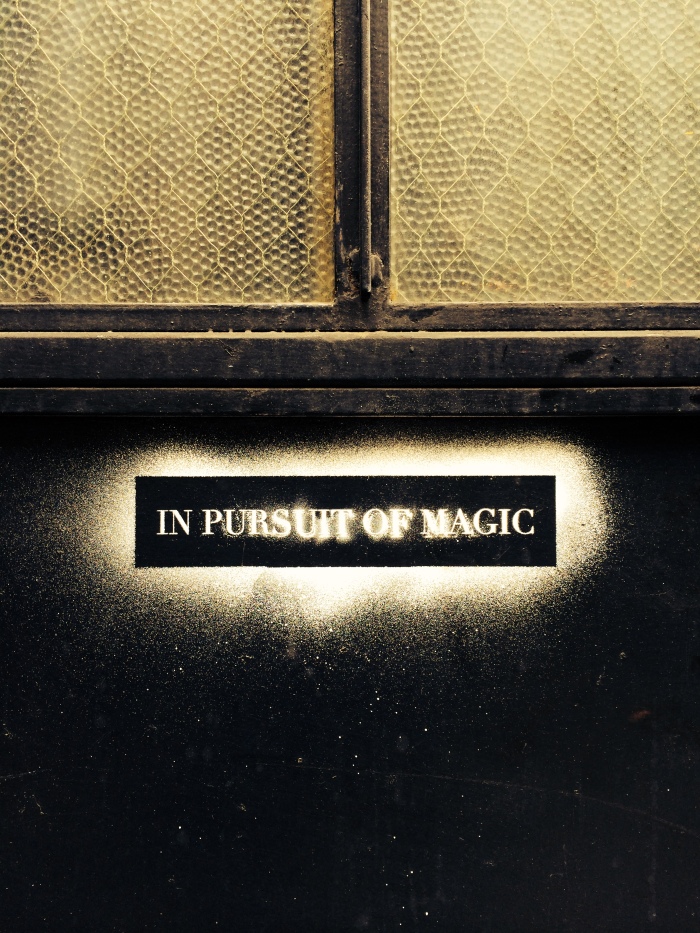 At the center of electronic music production is a disconnect between the technologies of the craft and the feelings I hope to conjure through the sounds. The disconnect arises from the fact that thinking through the potentials of technologies and seeking expressiveness are different ways of being in the world. The technologies I use are software-based, and so by their nature are always more open-ended than I can fathom. For example, where exactly does a VST synthesizer end? With the four hundred presets that come with it? With the sounds I have made with it? The mind-bending fact is that, with software, there is no end to its sounds because (1) I can change those sounds internally in the instrument itself and (2) I can change those sounds externally by routing them into one of the many other software creatures in the ecosystem of my DAW. I often think about the open-endedness of my tools: I’ll be bike riding and wonder, how it would sound if I ran that sound into this device? Taking notes on processes I want to try helps, but only if I actually try out what I made a note to try, let alone remember to read the notes. As much as I ponder the potentials of the tools, their musical horizon always extends further than I can go, promising ever more enchanting sounds if only I would test one more combination.

In contrast to the open-endedness of my tools, I’m more closed and practical in my work routines. I’ll use anything that is at hand—let’s just use Preset no. 35 I made last week—and try to make something expressive from it, just to hear what happens. The sign that I’m shifting into producing mode is that I’ll start playing around with something. For some reason, playing around is always accompanied by the thought, this is truly stupid. But I ignore the thought and keep going. When I’m in this mode, I have no interest in technical questions (unless something isn’t working), and my analytical, what is this exactly? way of thinking becomes quiet. I go on intuition, just playing around, assessing and adjusting, making tiny annoying things a little less annoying, and most importantly, I move fast:

…no that doesn’t sound right, make it more like this; that’s too dark—lighten it up; the texture is muddy, make it clearer; slowly fade that ambience in; take something out because it feels busy; that sound is annoying; make it more lively; why is that sound sticking out?; the chords are boring; do I even like this?…

These kinds of impressions happen in quick succession, and I attend to their urgency without getting caught up in their demands so I can keep things moving. Once in a while, the disconnect between technical thinking and expressive non-thinking disappears and somehow my software tools feel alive—making sounds just as I want them to and being responsive to just what I want to do. For a moment, I’ll forget I’m making highly mediated music. For a moment, there’s no code, no screen, no speakers. It’s as if the computer has vanished and now the sounds can express a feeling rather than talk about themselves.