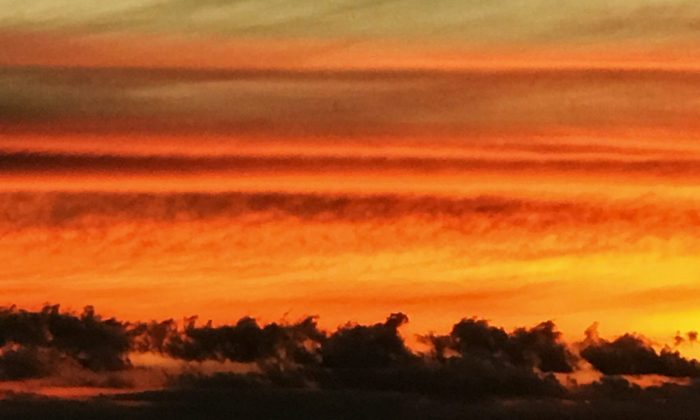 “What is the most important thing we can think about in this most extraordinary moment?”

When I’m making progress on a project I take a moment to note what I’ve been doing to move things along. On my most recent music recording, I found that I had worked in distinct stages and that each of these stages has its own protocols. The first stage of a project is recognizing and accepting a vague idea for one—for example, a collection of piano pieces. It doesn’t matter so much what the project is; what matters is committing to seeing it through to completion. Committing means writing material within the constraints of the initial idea—in this case, a collection of piano pieces. This time it takes to complete this stage can vary from a few days to a few months. Once I commit to something, I tend to work on it everyday for about a month, or until I feel like I can’t do much more within my self-imposed constraints.

The second stage is fleshing out the pieces. This involves adding other parts, beginning to edit the original performances/improvisations/compositions, moving notes around, and experimenting. At this stage I’m getting to know the pieces, getting a feel for their energy and what they could yet become. I’m also alert for laggards that may not make the final cut. It’s too early to know for sure, but if the sketch for a piece isn’t grabbing me already, I may not drag it along any further. This stage of fleshing out and getting to know pieces takes months as I add to and subtract from the music and tinker with its form to see what, if anything, helps. (Even the laggards get help.) A lot of my time during this stage is spent editing individual notes because as I get to know the pieces better, the more they sound off in many small ways. It’s like I didn’t know what I was reaching for initially, but now, with the benefit of repeated listening and hindsight, I have a better idea of what the parts need, and of what the overall form could be. So I tinker. What the notes really need though, is love, and love is an asymmetrical relationship. The pitches and rhythms are promising, but right now I need to do heavy lifting to get them oriented the right way lest they dissipate into shards of their own potential. Focus people, focus.

The third stage is beginning to mix the pieces. None of them are close to being finished yet, but I could tinker with them forever and who wants to do that? So I move things along, doing a bit each day. Mixing involves, in this order: adjusting volumes, applying EQ, applying other effects such as reverb, and adjusting volumes again. The goal of most adjustments is simple: to make what needs to be audible more audible. I’ll repeat this process one day after another, going over the pieces one by one, essentially revising the decisions I made yesterday. For a while, each adjustment creates the need for yet another compensating adjustment (e.g. a part that is EQ’d to sound “brighter” might also start sounding louder). But eventually the sonic textures stabilize. I’m getting to know not only the music but also the prior mix adjustments I’ve made: I can hear my past decisions that make today’s mixing go smoother. But the third stage is also a time to catch issues I didn’t catch earlier on. All of a sudden a part sounds threadbare—how did I not notice this?—and in need of subtle counterpoint so I add some, or I add too much, then remove some of it and split the difference. All of a sudden a part needs a doubling or a harmony. Or all of a sudden the music’s texture is too thick (too much adding) and I remove more and more material until I can hear clearly again. What sounded clear yesterday sounds clearer today and might sound even clearer tomorrow. What’s interesting is how often—how all of a sudden—I hear the same music in new ways, surprising myself.

The final stage of a project is listening through the mixes, not once, but numerous times. (Fifty times? A hundred?) The key is noticing issues during each listen-through, noting the problems, fixing the problems, mixing down the music again, and listening once more. I keep doing this until either (a) I no longer notice (major) problems in need of fixing or (b) my fatigue with the music has begun to outweigh the perceived severity of the problems. The mixes could be better but if the music is communicating the essence of what I was reaching for in my original improvising and composing, then I’ve arrived somewhere. Now I send the audio files off for mastering because I want different ears to listen to the music and find other ways to even out its sound.

What these four stages of producing music share are considerable demands they make on my attention. The music and I have made a pact: if I agree to listen to it as closely as I can, I’ll notice details and these noticed details will guide me as to what to do next. In stage one, I commit to the general shape of a project. I don’t think I’ll just do something and see what happens. (I do that too, but those are free play sessions.) Rather, it’s let me do this specific thing and see what happens. I decide on piano music, but then I get more specific: let me record for ten minutes, or let me spend an hour on a theme, or just do whatever. Suddenly that ten minutes or hour or whatever is a charged space, a space devoted to focusing, a space whose time has urgency. In stage two, I listen to the pieces with an ear for what they’re missing. Here my attention is attuned to being sympathetic to their shortcomings. In stage three, my attention pans out to a wider frame of view. Even as I tinker with the parts, add EQ and other effects, I’m focused on fixing any irregularities that call too much attention to themselves. Consider, for example, the not-so-simple matter of a note’s attack point. If the note is too early it can sound either rushed or energized. If it’s right on the beat (the time grid on my music software’s Arrangement page shows exactly where “the beat” is) it can sound clinical. But if it’s a little after the beat the note can sound either pleasingly legato or just plain late. The timing of a note’s attack is crucial for how the music sits in its time space. This is the kind of detail I notice as I listen from a wider frame of view. The goal is not to make every note perfect but merely right in the appropriate way, bringing what I already have into a balance. In the final stage of a project, I turn my attention upon itself. I still have doubts: Can my attention can be duped? Did I really fix what was bothering me yesterday? What does it say about my attention if each day I notice something different? As much as I can, I try to be sympathetic to my own listening shortcomings while trusting that I’m hearing what I hearing right now.

The aims of my four-stage music production process bring to mind what Buckminster Fuller once called tensegrity, or tensional integrity. Fuller used the term to refer to structures whose strength (rigidity) comes from various and complementary forms of compression and tension. Since music, like architecture, a form built upon complementary forces, tensegrity makes a vivid analogy for music production where the goal is to create a tensioned balance point for the sum melodic, harmonic, rhythmic, and timbral elements. Despite my doubts about my ability to notice what needs to be noticed, each day I resume pushing and pulling the music, bending and stretching and compressing it in the hopes that it will eventually radiate an energy from within.

One thought on “Assessing Creative Strategies For Music Production”