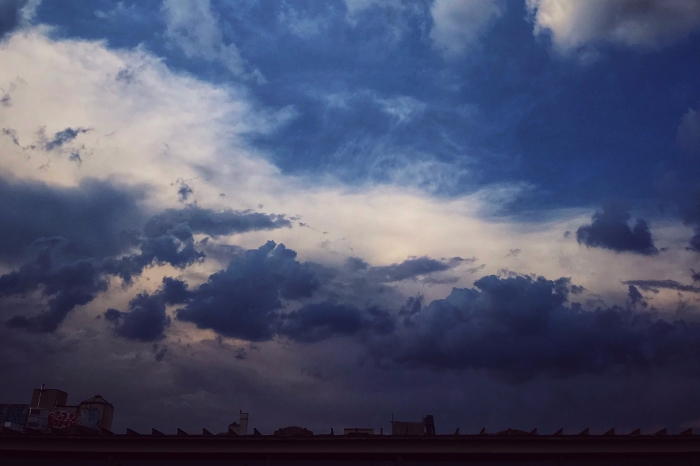 It’s out of date now—most people prefer reading weekly or monthly newsletters, or trance out scrolling through a billion Instagram photos of others performing their lives and framing the world filtered just so—but blogging old-fashioned text still works, still has a place, especially for longer form content. I like blogs. One of my favorites is Rose George’s intermittent dispatches about running in British fell races, at Rose Runs. It has nothing to do with music, but I like reading how she thinks.

You meet interesting strangers, or at least strangers interested in what you think because, after all, they found you. People continue to find my blog despite my attempts to prevent that from happening (kidding). Go Internet!

You become accountable to yourself to say something every day, or at least a few times a week. I went through a period of feeling crap, what am I going to say tomorrow? But this problem was solved by not saying anything for a few days and then something would pop up again (like this post). I subscribe to the old runner’s maxim, commit to putting in the miles. Speed and energy matter of course, but the steady miles of saying something are where transformations happen despite yourself.

You commit to publishing posts regularly, and therefore move the focus from what you’re saying onto the act of saying it.

In moving your focus onto the act of saying, you become less self judgemental. You realize that whether or not your ideas are of interest is not really for you to determine because you’re busy with the saying.

In moving your focus onto the act of saying, you become more picky about what you say. I have many blog sitting posts on the computer because they’re just, meh. This brings to mind what golf commentator Paul Azinger says: Play more shots instead of trying to make perfect swings.

You accumulate an archive of posts. Some of these may prove valuable to you or others down the road. Case in point: one of my most read posts is a ventrilo-dialogue with Rihanna which explores her voice. Now people google “reporter dialogue with singer” to dig up that post. Wow—who knew?

As you accumulate an archive of posts you begin making connections to what you said earlier on and you can link readers to these older posts. Also, you begin amassing a self-propelling set of references that takes on its own energy and sometimes themes emerge.

You write about what interests you and this shifts over time. You might, for instance, begin writing about gardening and then find yourself musing about growth, complex systems, and time. Who knew? Certainly not you. The key is to be open to following the direction of your interests.

When you write about what interests you, you tend to go all in. When I write about something it’s because it’s obsessing me and I want to unravel the threads of that obsession and put them out there. Obsession leads to new interests, new connections, more critical reflection, less judgment, more accountability, more readers, and new ideas for what to write about next.