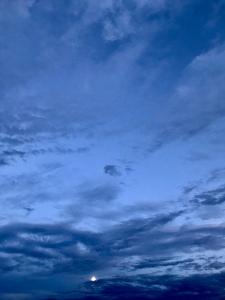 When I’m searching for sounds I’m often looking for a sound I can play on the keyboard. I don’t want a sound effect like a one-off, strange twang or chirp, and I also don’t want a hyper-unrealistic sound. What I want is a sound that is consistent and not annoying, a sound with a built-in sense of mystery that I wouldn’t working with and listening to for an extended period.

So far, my favorite sounds are those that do something over time rather than stay still. The sound of an acoustic bell is a perfect example of this. Strike the bell and you’ll hear to the rise and fall of its sound, how its sharp attack is followed by a gradual decay into nothingness. That never gets old for me, because each time I strike the bell I have to reset my listening. Also, a tiny change in strike position or mallet type can change the sound. This sensitive relationship between playing and sounding is the gold standard for electronic sounds to emulate. With the bell in mind, I made a bass organ sound for my recent recordings that slowly decays over twenty seconds or so, even when I keep the keyboard key depressed. I like hearing a sound gradually disappear like that, because the disappearing gives your ears something to track. Rather than pummeling you with its unchanging velocity, it gradually decreases in volume. The sound goes somewhere. In this case, it gradually goes away.

This brings me to one of the difficulties I have with many electronic sounds: they don’t breathe enough. If you’ve ever wondered why synthesized horn sections or strings can sound lifeless (unless programmed by Prince of course), this is why. Short horn stabs might work, but long tones? They usually sound terrible. The same thing applies to say, repeated percussion hits. One has to do quite a bit of subtle programming using multiple cymbal samples to achieve what even an average drummer can effortlessly do by playing a hi hat that varies from one beat to the next. Of course, one way around sounds that don’t breathe enough is to showcase their artificiality—to bring out the magnificently strange attributes of their sonic Otherness. It all depends on what effect you want for your music.

I’ve created quite a few sounds of my own—such as pad sounds made from singing bowls and gongs and finger cymbals— but so far very few of them have been sounds I would use again. Also, no matter how nice a sound is, it’s a challenge to get to know it and find the right context for it. Sometimes though, an interesting sound can almost suggest the music. This requires an open-mindedness, because it could be that the music suggested by the sound is not the music you thought you would make. (Which raises the question, Is the music about you or about your sounds?) The way I know I’ve happened upon a good sound is I start playing with it and get lost in its possibilities. In an instant I jump from analytical listening to expressive playing. This is what you want from technology: to springboard you back into playing, to launch a fresh mindset. All of a sudden you don’t hear sounds, you hear music.

One thought on “Sound Diving: In Search Of Sounds I Can Play”